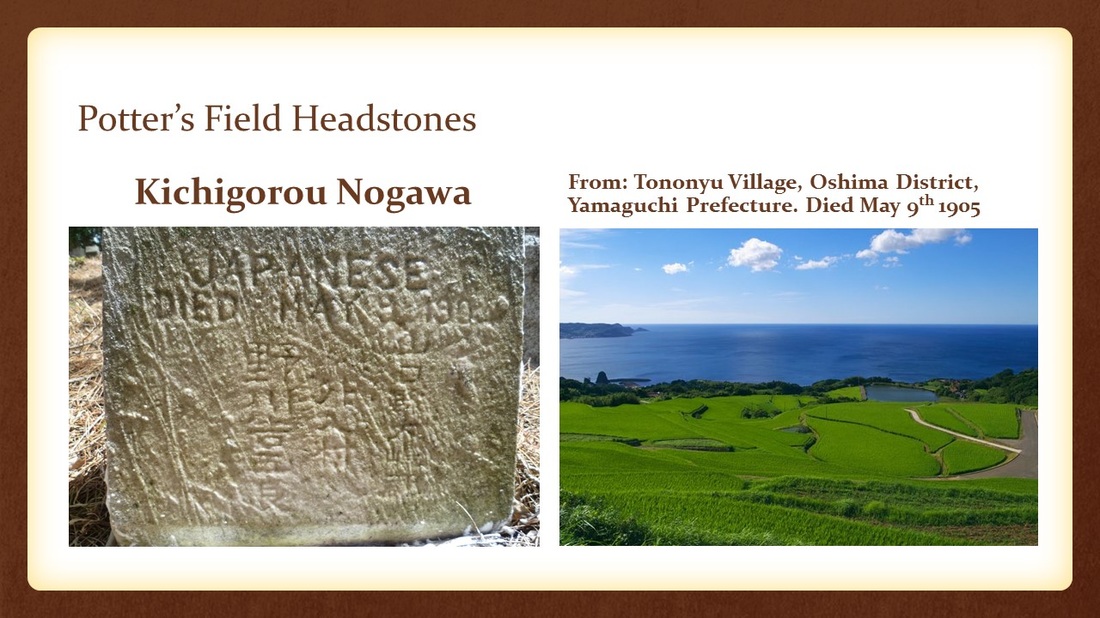 We know very little about Kichigorou Nogawa at this time.  He was born in the Tononyu Village, Oshima District, Yamaguchi Prefecture, Japan in February of 1876.

It was the first time Kichi had been in the United States and he came alone not knowing any friends or family there.

His occupation in Japan had been as a farmer and he planned to do the same in Portland, Oregon hoping to purchase land.

Sometime between 1897 and 1905, Kichi came to Contra Costa County, California.
Martinez Cemetery Preservation Alliance © 2019
​
Please direct any questions or comments about its content to its webmaster
Joseph Palmer at MartinezCemetery@gmail.com.​